The proliferation of mobile electronic devices such as laptops, smartphones and tablets is supplanting traditional desktops and changing how modern-day offices look — or at least how they might look.

A shared complaint of many office workers is wireless broadband. WiFi signals are often unstable, causing networks to shut down. Repairs take time. In an era dominated by Internet and social media, the mere thought of going off the grid for even just a little while is frightening enough.

“This is because much of the network infrastructure adopted by companies has remained unchanged for the past two decades,” said Wang Zhenyu.

Wang is founder and chief executive of Shanghai Prisetree Network Technology, a company with bold plans to fundamentally change the workplace with modern technologies, including artificial intelligence, cloud and big data.

In an office area covering 200 square meters, for example, two consumer-class WiFi routers are enough to support the access of 20 people to the Internet. But with more users and larger spaces, signals tend to taper off, resulting in sporadic network breakdowns, despite promised bandwidth.

As an authority on broadband technology, Wang ascribes this problem to the installation of a plethora of WiFi routers. Basically, the more consumer-grade routers you have in a closed office, the more they are likely to jam each other’s signals. This is often known in IT parlance as “signal interference.” As jamming gets intense, everyone loses Internet connection.

Wang said 95 percent of the office workers are not satisfied with the WiFi connection in their offices.

His company’s solution is to use enterprise-class WiFi technology to replace consumer-grade routers and the “cobweb” of cables buried underneath floorboards.

Potential benefits are myriad. The first is stable connection. Even in a mega-office housing 1,500 employees, each equipped with two mobile devices, Prisetree’s technology can ensure enough bandwidth for 3,000 devices to be connected stably at the same time, said Wang.

Another merit is data security. This is a high-premium factor for bank clients. With that in mind, Wang’s equipment is made to customize a WiFi account and password every time an attempt is made at connection. The dynamic password system is a great contribution to risk prevention, he said.

Compared with traditional methods of setting cables under floorboards, Prisetree’s solution does appear to be more cost-effective.

“Doing without the cables saves us 50 percent and more in costs,” he said.

Wang, 46, received his Ph.D from Harvard University. Prior to founding Prisetree in late 2015, he headed another startup he founded in Suzhou after returning from the United States.

“My entrepreneurial endeavors have always been driven by market needs,” he told Shanghai Daily.

After his initial entrepreneurial idea caught fire, the forces of the market began pushing him and his company into an unexpected direction.

The penetration of smart devices in offices means that traditional forms of check-in and check-out are outmoded. They need to be phased out to make room for new practices that reflect change.

One such change is the growing preference among the younger generation for check-in by scanning QR codes. Ubiquitous QR codes have established themselves as being essential to mobile payments, but they have yet to be widely visible in user scenarios like an office.

Wang said this is the next frontier to explore because smart check-in drastically cuts the lines of employees waiting outside offices every morning, especially in a large company with over 1,000 employees.

Technologies like this are valuable to tech titans like Alibaba. Its DingTalk, an all-in-one app enabling enterprise communication and collaboration, has been working with Prisetree to help its clients build smart offices.

“Our collaboration is going from strength to strength,” he said, radiating confidence in the company’s augmented role in generating Alibaba’s coveted data.

Partly to showcase their synergies, DingTalk and Prisetree teamed up to supply the latest smart office technology to a towering office building that has now become a landmark in the central Chinese city of Wuhan. 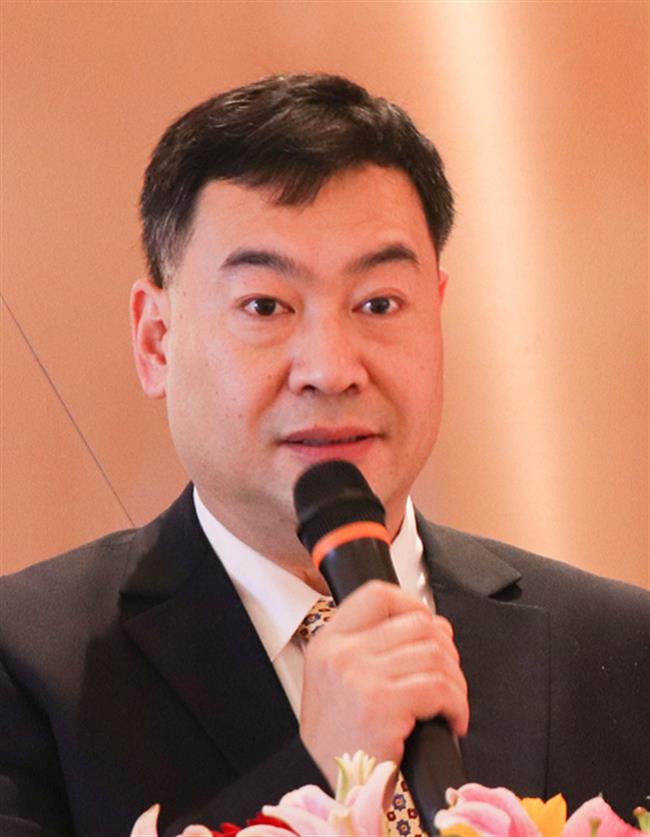 On top of smart check-in and WiFi technology, Wang’s clients are expecting more from him. Top priorities include upgrading surveillance camera systems and conserving energy.

In contrast to traditional surveillance gear, which shoots and records footage only, the advent of computer vision makes it possible to identify sparks or small flames and trigger fire alarms for early detection to prevent greater damage.

A common pet peeve of office managers is that lights, air conditioning and water dispensers are often left on in empty offices at night, amounting to enormous utility bills.

“We designed a system so that electric devices will automatically shut down when nobody is in the office,” he said.

As new concepts like co-working space gain traction, property managers often find it hard to juggle a host of requests for facilities like meeting rooms. Registration is usually done by phone or at reception desks. Wang thought the system inefficient and easily redressed.

He again introduced the QR code as a tool for managing reservations. Meeting rooms can be booked with the push of a few buttons. Employees and visitors who are called to a meeting will soon scan the codes sent to their phones and head directly to the designated venues, bypassing registration.

“What we provide to clients is an integrated smart office solution. A network is just a part of it,” he claimed.

Prisetree’s products and services are priced according to the size of the retrofitted office space. Clients can ei-ther choose to pay 158 yuan (US$23) a square meter for a year or enjoy a three-year package at 258 yuan per square meter.

Not all companies are receptive to the idea of replacing desktops with mobile devices, and Wang admitted that he has encountered difficulties in selling the business model to traditional companies. Instead, he has focused mainly on customers in co-working spaces, innovation hubs and industrial parks, where young people are in the majority.

“Market surveys show that at least half of respondents subscribe to our vision of the smart office,” he noted.

Wang said he is a big believer in harnessing the Internet of Things and cloud computing for better office management and maintenance. Currently, equipment in offices often doesn’t interact. Modules and database are separate, leaving gaps in machine interface.

Accumulation of massive data is indicative of patterns unmarked by the human eye. For example, data can reveal when a device is most likely to break down. This provides clues as to how to stave off looming technical glitches by using algorithms powered by machine learning. An automated command is then sent via the cloud to maintenance staff, who can proceed to fix the problem online.

Excessive or improper use of equipment shortens its lifespan, say, from five to three years.

But deployment of artificial intelligence “doctors” to intervene early can effectively prolong length of service to well over five years, said Wang.

Following years of observations, he concluded that most firms in China relocate after a three-year lease expires, taking possessions with them but leaving behind early investments like network cables.

Under Wang’s service model, everything from removable sockets to Internet of Things-enabled air condi-tioning control panels can be detached and shipped to a new location. “This is further proof that our service is a ‘cost-killer,’” he claimed.

Partly to showcase their synergies, DingTalk and Prisetree teamed up to supply the latest smart office technology to a towering office building that has now become a landmark in the central Chinese city of Wuhan. — Photo courtesy of Prisetree

In addition to helping companies that rent offices, the next goal of Prisetree is to provide industrial parks with technology vital to cut their workload and enhance efficiency. Wang said he noted a spike in orders from smart parks in the past three months, signaling a thirst for high-tech management know-how. Despite their “high tech” names, some of these parks still rely on primitive software like Excel to document sales and file orders. Errors are commonplace.

Wang likens his company to a tree: Every inch of its trunk and branches is composed of data. As he sees it, data and the data-processing capacity based on AI are the lifeblood of his company.

When the interview veered toward hot topics surrounding 5G communications and the potential threat it poses to Wang’s business, which hinges on WiFi, he appeared undaunted.

In fact, he has been answering similar questions from the 4G era, he said. The laser-speed 5G network being tested by telecom suppliers like Huawei could reduce the need for home-based WiFi, but Wang foresees no sign of 5G replacing WiFi altogether, at least not in the office scenario.

A big reason: WiFi module consumes only a fraction of the electricity necessary to keep 5G running.

So a more plausible prospect would be one in which offices erect an antenna to receive a 5G signal in place of optical fibers, which is then translated into WiFi signal. Inside the office, WiFi would still be the norm.

“That would bring the least disruption to the original office settings,” said Wang.

Like many Chinese startups, Prisetree is looking to expand overseas in 2019, but that will depend on capability.

Realistic expansion is in Hong Kong or Singapore, where penetration of mobile devices has also reached the point where effective smart office solutions are required.

Prisetree has an advantage because “technologies in those locations are largely inferior to those available on China’s mainland,” said Wang.

He added that other regions of Southeast Asia will follow but only when market conditions become ripe.