An artistic rendition of the future Zhenru subcenter, which has been planned into a “public activity center” to serve the Yangtze Delta region in about five years.

Zhenru Town in Putuo District will become a “public activity center” to serve the Yangtze Delta region within five years.

According to a plan released over the weekend, the town will also become a fourth subcenter of the city along with Xujiahui in Xuhui District, Wujiaochang in Yangpu District and Huamu in Pudong New Area.

Zhenru, formerly known as Taoxi, or peach creek, was founded in the Yuan Dynasty (1206-1368) after the construction of the Zhenru Temple. The town between the former Jiading and Shanghai counties was a prosperous marketplace.

The northwest gateway of the city’s downtown was later famous for the Tongchuan Road seafood market, Hongqi Village, once the city’s largest urban village, along with a number of markets for furniture and construction materials. Most have now been demolished.

The subcenter will bring in high-end cultural and entertainment facilities, sports centers, medical services and international education to the former sites of the markets and village, said Zhou Zhiqing, deputy director of the district’s urban planning authority.

The temple and street will be preserved and highlightedalong with its traditional food culture, said Zhou, who is chief designer of the plan.

A theatre, a baseball field and other public culture and sports facilities will be built within three years. A 6-kilometer greenbelt is also planned.

Zhenru subcenter will cover 6.2 square kilometers along Langao, Zhenbei, Wuning and Fuping roads. It is based around the West Railway Station and expressways connected with the Yangtze Delta region, Zhou said. The transport hub at the station handles over 40,000 passengers daily. 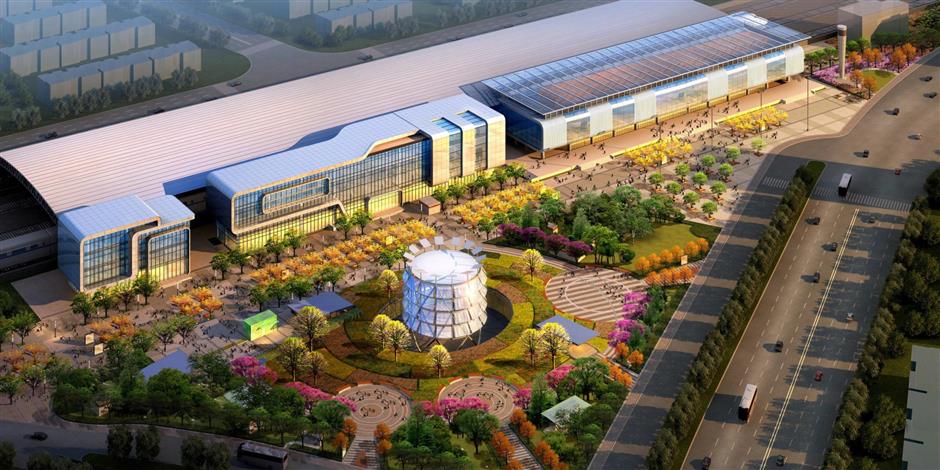 An artistic rendition for the future transport hub of Shanghai West Railway Station, which will serve as a major transport hub to connect and serve the Yangtze Delta region.

An artistic rendition for a Metro station of the Line 14 and 15, which is said to become the most beautiful subway station in Shanghai.

The planners have designed a core section for the subcenter on Caoyang and Tongchuan roads, which will develop a transit-oriented transport system based on the Metro Line 11, 14 and 15. A creative H-shape underground vehicle lane has also been planned to connect the garages of major office buildings in the area.

Constriction has started of a Metro station on Line 14 and 15 which is set to become the most beautiful subway station to both delight commuters on weekdays and serve as a landmark gathering place for residents on weekends, said Du Chunwen, director of the management committee of Zhenru subdistrict.

The station which is scheduled to be completed in 2020 along with the opening of Line 14 features a “water curtain rooftop” and glistening underground commercial facilities, Du said.

To preserve its history, a Zhenru Temple culture experience zone will be developed around the historic temple and along the Taopu River.

The temple has a 600-year-old well-preserved pavilion, said to be the oldest wooden structure in the city, built in 1320. The temple is also famous for the temple fairs and lantern festival.

According to the blueprint, traditional events such as parades, folk performances and lantern dragon dance will be held regularly. Zhenru tower in the temple will be illuminated in the traditional way during the lantern festival.

Sightseeing paths have also been planned for the subcenter for visitors to enjoy both the riverside greenery along the Zhenrugang, Dachangpu and Taopu rivers as well as the Caoyang Community, which sprung up 1951 as a home to model workers of the city and has been listed as a heritage site by the city government. 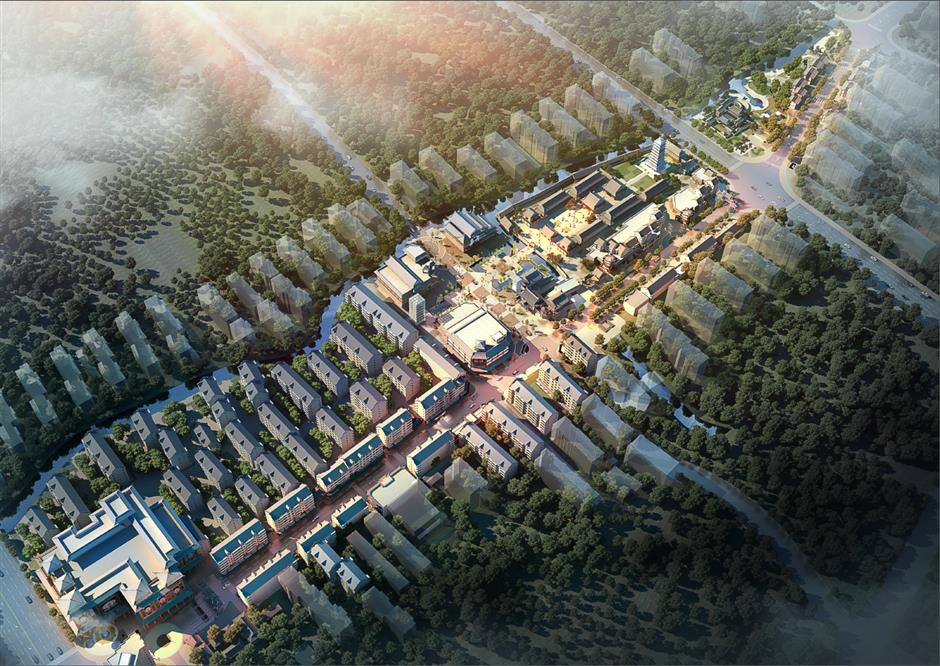 An artistic rendition for the blueprint of the Zhenru Temple culture experience zone where heritage structures will be preserved along with traditional folk events and celebrations. 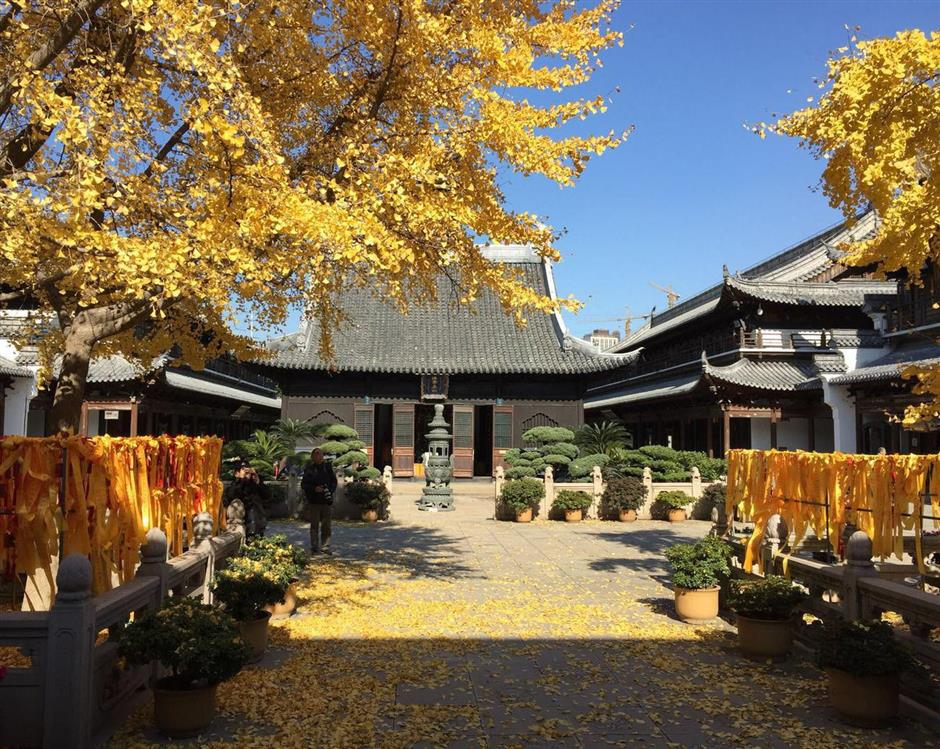 The 600-year-old well-preserved Zhenru Temple Pavilion, said to be the oldest wooden structure in the city built in 1320.