In our research we have compared pricing in 6 categories; Food, Housing, Clothes, Transportation, Personal Care and Entertainment.

Let us take a look at how the prices between Tier 1 and 2 compare and ultimately what this means to you as somebody moving to China. With the information presented, you will know what to expect both financially and culturally.

According to mercer recent studies, Shanghai and Beijing are respectively positioned as the 7th and 9th most expensive cities for expats to live in 2018.

Tier 1 cities represent the most developed areas of the country. Large densely populated urban areas with huge economic, cultural and political influence in China. Tier 1 cities attract a lot attention from foreign organizations because they have higher income levels than the national average. These cities are Shanghai, Shenzhen, Guangzhou, and Beijing.

Things to note when discussing each Tier 1 city in China:

Tier 2 cities may sound small but don’t let the name fool you. Tier 2 cities in China still can have up to millions of people and have a huge influence in the nation’s economic industry. These cities include Chengdu, Kunming, Hangzhou, Urumqi, Tianjin, Wuhan, etc.

For example, a 50sqm retail location in Hangzhou (Tier 2) can cost 15,000 RMB, the same as a 12sqm location in Shanghai (Tier 1). According to BCG, 60 percent of China’s economic growth will come from Tier 2 and Tier 3/4 cities by 2020. In addition, Tier 1 and Tier 2 cities make up more than 55% of the national GDP. Approximately 65% of fast moving consumer goods sales come from Tier 3 and lower tier cities.

For expats no matter the career, you’ll experience a different lifestyle between tiers 1 and tier 2 or 3 cities

Below is a table that provides a rough overview on the cost of living for the major urban centers in China as well as a second-tier city.

Upon analyzing the differences between Tier 1 and 2 cities we can come to a few simple conclusions that will help your transition into China be seamless. Most 1st tier cities such as Shanghai and Beijing will charge up to double or more on real estate and housing than 2nd tier cities. Transportation prices such as taxi services also differ between the 2 Tiers, with the basic fare in Shanghai being 14 RMB compared Chengdu’s 8 RMB. However imported goods show very little price variation between 2nd and 1st tiers. 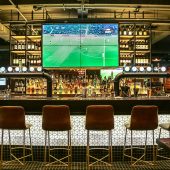 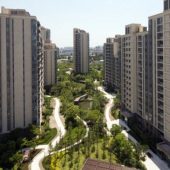