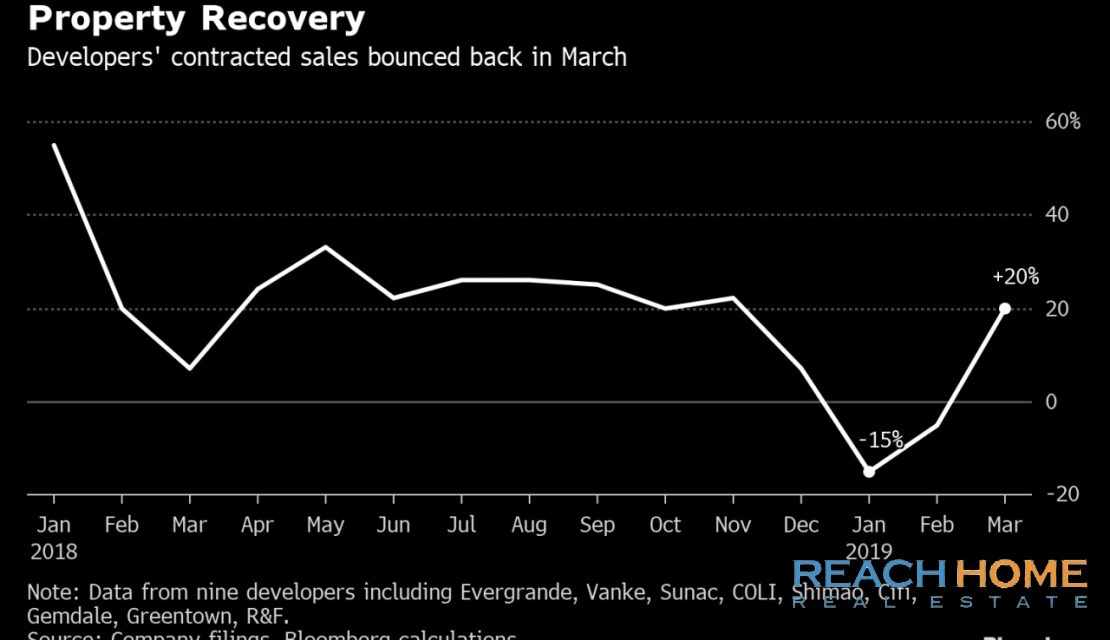 (Bloomberg) — Go inside the global economy with Stephanie Flanders in her new podcast, Stephanomics. Subscribe via Pocket Cast or iTunes.

China’s year-long campaign of targeted stimulus to stoke the economy is making its presence felt in the property market, a sector that has the power to cement a recovery and improve the fiscal health of local authorities.

Project sales of major home builders rebounded in March after contracting in the first two months of 2019, thanks to easier financing from banks, looser restrictions on home buying and lower mortgage rates.

Beijing’s move this week to encourage citizens in rural regions to move to urban areas is also a timely boost, with dozens of smaller cities being told to scrap rules on local hukou residency permits — curbs that have been used to keep a lid on property prices since 2016.

A re-accelerating real estate sector could help bring forward stabilization in China’s economy after a bruising few quarters during which trade-war doubts and a cyclical slowdown combined to brake output. Faster home sales and higher prices have the potential to boost demand along the entire supply chain from steel to white goods. Rising land prices, meanwhile, can help top up government coffers depleted by tax cuts.

“The property market has defied everyone’s guesses at the start of the year,” said Ding Zuyu, co-president of property consultancy E-House. “The key reason is that liquidity became abundant starting January, and what ailed developers last year — cash flow pressure — seems to be behind us.”

While data released by the National Bureau of Statistics still paints a downbeat picture, there are signs of recovery from high-frequency indicators:

Home builders are more active in land purchasing, and land prices in bigger cities have surged Developers also received faster cash proceeds from banks in January and February, according to Bloomberg calculation based on official data Home sales in tier-1 cities jumped by 48 percent in March from a year earlier, after a 35 percent increase in February and 20 percent in January, according to China Real Estate Information Corp. Interest rates for new-home mortgages have declined for a third straight month in February, down 3 basis points from January

Local authorities will also benefit from the market upside with increasing land revenues, improving their funding outlook amid the most ambitious tax cut commitment in years.

Funding from land sales contracted by 5.3 percent in the first two months of the year, far below the annual target of expansion at 15.3 percent, according to the Ministry of Finance. Provinces and cities are being asked to cut unnecessary spending to keep a tight balance between revenue and expenditure.

While the recent guideline on urbanization won’t boost property sales directly, it does point to Beijing’s increased tolerance of local easing measures. At least a dozen cities from Dalian in the north to Guangzhou in the south have loosened restrictions for people to apply for local residency permits in 2019.

The guidelines “will support a more stable development of the mid-sized cities in China, and, correspondingly, their housing markets,” Fitch Ratings Inc. said in a report Wednesday. The policy “reduces the risks of a sharp downturn.”

Fitch had previously predicted a contraction of up to 10 percent in home-sales value in 2019.

“The government wants neither a surge nor a slump in real estate, only a stabilized one,” E-House’s Ding said. 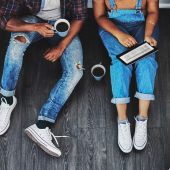 Several Things To Do After You Land In China

HOW TO PULL OFF SHIPLAP WALLS, ACCORDING TO TOP DESIGNERS