An anonymous buyer bought two adjacent apartments in a luxurious tower in the Hong Kong gated community of Mount Nicholson for a total of HK$1.16 billion (US$148.5 million) earlier this week, according to Wheelock Properties, a joint venture between developers Wheelock & Co. and Nan Fung Development that handled the sales.

It’s unknown whether the buyer plans to combine the two apartments.

Before this, the most expensive home sold in the region in terms of price per square foot was a HK$522 million (US$66.8 million) penthouse at Henderson Land Development’s 39 Conduit Road, in the Mid-Levels neighborhood, public records show.

To put it in perspective, Manhattan’s most expensive apartment, a penthouse at One57 on Billionaires’ Row, sold for US$100.5 million in 2015, with an average US$9,198 per square foot.

Two homes have sold for  over HK$1 billion (US$128 million) this year at Mount Nicholson, comprising 19 single-family houses and 48 apartments in four towers over three phases. The Phase I includes 17 detached houses, Phase II has two houses and 24 apartments, and Phase III includes 24 apartments.

“The record prices being paid reflect the strong demand and limited supply of ‘super’ luxury properties available on the market, which currently accounts for just 2% of the city’s housing stock,” Denis Ma, head of research at Jones Lang LaSalle (JLL) in Hong Kong, told Mansion Global.

Simon Smith, head of research at Savills Hong Kong, concurred. “This tells us that Hong Kong remains an attractive place for ultra-high net worth people to live and work in, but also reflects the scarcity value of this type of property,” he said.

As Hong Kong and China rapidly churn out billionaires, super-luxury homes are coveted in the city-state, which is ranked Asia’s—and arguably the world’s—most expensive property market.

In 2016, the Asian continent added a new billionaire about every other day, most of them from China and India, according to a world wealth report by UBS Wealth Management and PricewaterhouseCoopers.

There are 647 billionaires residing in China’s mainland and 66 live in Hong Kong, according to a separate report, Hurun’s The Richest People in China released in October.

The vast majority of buyers in the top-end of Hong Kong residential market are either mainland Chinese or local residents acquiring properties for their own use, according to Mr. Ma.

“The string of record-breaking transactions shows that buyers remain confident about the outlook for Hong Kong’s residential property market,” he said.

The high-end market will likely continue to strengthen during the remainder of the year and into 2018, according to Thomas Lam, senior director and head of valuation and consultancy at Knight Frank Hong Kong.

So far in 2017,  the luxury residential market in Hong Kong had been lagging behind the mass market. “Given the scarcity of luxury properties in prime locations, the super luxury market is likely to remain strong and outpace the mass market in 2018,” Mr. Lam said.

A 4,242-square-foot residence has fetched an average HK$132,000 per square foot, a new price record for Asia.
Wheelock Properties

Mount Nicholson is well positioned to benefit from the  strong market demand for mega-sized ultra-luxury properties.

During this week’s release, six units had to be re-tendered the following day due to keen competition, potentially selling for higher prices.

Situated on The Peak, the most prestigious address in Hong Kong, Mount Nicholson is a gated community set amid natural woodlands overlooking Victoria Harbour.

Over seven years in the making, the development was originated by an international creative team led by acknowledged masters in concept planning, architecture, interior design and craftsmanship, including Robert A.M. Stern Architects, Yabu Pushelberg, Champalimaud and David Collins Studio. 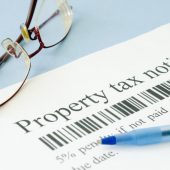 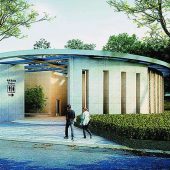