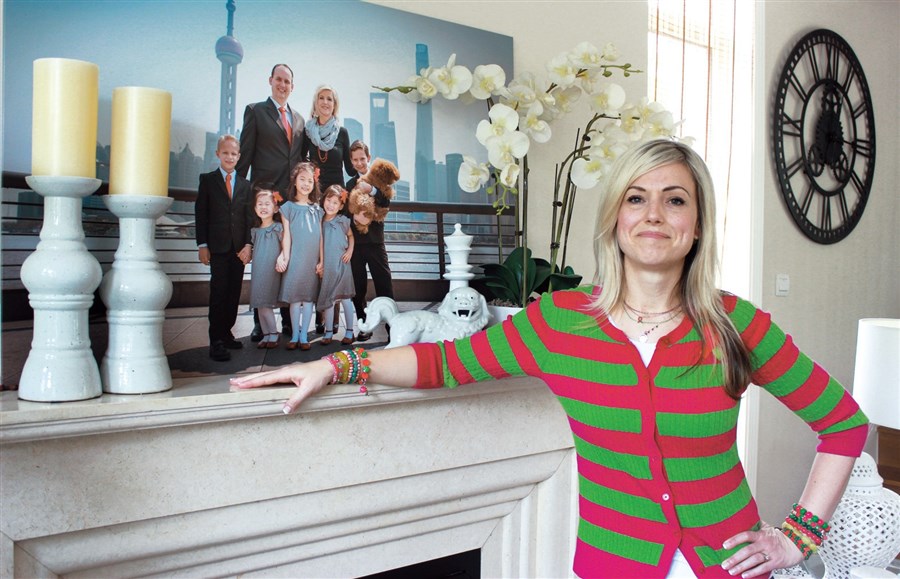 New Yorker Suzanne Calton is pictured at her Shanghai home. In the background is a photo of her family. — Wang

SUZANNE Calton, from New York, would never know Shanghai skyline was so amazingly planned and organized until she came here nine years ago.

“I would have never known that our skyline was messy,” she says.

In Shanghai, Calton owns a non-profit organization called More than Aware, which helps breast cancer patients here. She has a lovely family with five children — two sons and three adopted Chinese daughters — and enjoys her life in Shanghai.

Calton regards Shanghai as a great refuge for people who need to boost their career.

“I hate it when people leave. Sometimes they have to go get a job somewhere else; sometimes they are only here for a temporary time,” she says.

Why does she love the city so much? Calton says she particularly likes Shanghai people most.

“They’re the best people in the world,” she says. “They know how to do business. They’re smart and very nice, and I think they’re very progressive. They’re very welcoming!”

Q: What do you usually do on weekends or in your leisure time?

A: We have five kids, so they have all their friends over on the weekend. Sometimes we’ll have 12 kids in our house. They all like to come to our house because I make them food and they can stay a long time, and I like kids, so it’s okay that they’re here.

Q: Wow, you have five kids! How do you manage?

A: My eldest son is 13 and the younger 11. And we have three adopted Chinese girls. The two older girls are both 7 years old. Another is younger by two years but she’s very tall, and she actually can read and do math at the same level as her elder sisters, because she feels like she wants to be the same 7-year-old as her two sisters.

Q: That’s amazing! How do the two boys think of their sisters?

A: They think the adoption is fantastic, they love it. They love taking care of them, and you can see in the picture that they’re very close. They love teaching them things and my second son even loves to make shows with them, like performances. When he does a magic show, the girls help with the magic show; if he does a singing show, the girls help with the singing show.

Q: You know, in Shanghai a family with two kids face no small task. You have two already, and you adopt three more! Was this your decision alone?

A: Even before I met my husband, we both had a desire for adoption, which is very rare. And also before we met, we were both fluent in Chinese so that’s also unusual — we’re kind of a very weird family.

Q: What do you love about Shanghai?

A: Oh gosh, I love Shanghai people. Because Shanghai is an international city, you have so many different waiguoren (expats).

Some people feel when there’re too many tourists or too many expats, they’re inconvenient, and they feel very frustrated. But Shanghainese love it. They love exciting lives; they love the excitement of change; they’re not afraid of change.

Shanghai also has a lot of migrant workers, so I think it’s a great place for those who need to boost their career.

Nearly 180,000 expats are now living in Shanghai, making it Chinese mainland’s No. 1 city for expats. Many of them regard Shanghai their second hometown, and they too have made great contributions to the city’s development. How is it like living here? What do they think of their second hometown? What are their future plans? In this series, expats will share their stories and experiences. If you also have a story to tell, please contact wanghaoling@shanghaidaily.com.

—The resource from Shanghai Daily 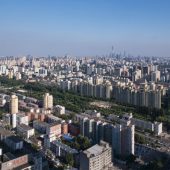 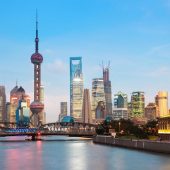