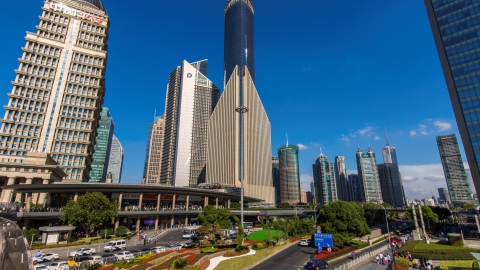 A CBRE report has forecast that new office demand in the Chinese mainland is expected to decrease in 2019 amid continuous expansion by technology, media and telecom (TMT) and co-working tenants, further economic opening-up policies and the US-China trade conflict and supply peak.

The world’s leading real estate consultancy says slower economic growth and the US-China trade friction continues to cloud corporate decision-making across the country, and new office leasing demand in the 17 major cities monitored by CBRE will likely slip to 5.3 million square meters this year from 5.4 million square meters in 2018 — a 12 percent decrease from 2017 mainly due to moderating economic growth as well as the collapse of the peer-to-peer lending industry.

While the TMT sector continued to expand rapidly in 2018, stagnant financial, hiring and industrial statistics are suggesting slower growth this year.

Venture capital investment in the TMT sector fell in the first half of 2018, the first decline on record.

It was affected by factors including financial deleveraging and tightened regulation of the digital gaming industry. Although China’s active mobile Internet users have exceeded 1.1 billion, growth in the user base is weakening, with just 20 million new users added last year. As Zhaopin.com data showed, TMT sector hiring started to decline from the second quarter of 2018.

Yet the deployment of new technologies, such as artificial intelligence, cloud computing and Internet of Things, into the financial services, manufacturing, retail, health care, education and transport sectors, particularly in the business-to-business industry, may stimulate new demand.

The commercialization of 5G technology is set to draw massive investment from the telecommunication industry and provide new infrastructure to expedite the development of the aforementioned subsectors.

Other demand will originate from fragmented subsectors such as mobile video and online reading, while the recent approval of Internet gaming and the forthcoming debut of a sci-tech board at the Shanghai Stock Exchange will also stimulate leasing activity.

The rapid pace of expansion has resulted in some consolidation within the industry, with six mergers and acquisitions announced last year compared to just two in 2017. Capital continues to pour into the leading providers, with the top five brands receiving a total of 9.5 billion yuan (US$1.42 billion) of funding in 2018, accounting for more than 90 percent of total investment in the sector.

Expansion by co-working operators is expected to slow in 2019. A recent survey by CBRE found that although leading platforms plan to add new centers in first and second-tier cities, 40 percent of respondents intend to moderate their expansion in Beijing and Shanghai. Moreover, landlords become more willing to engage in profit-sharing deals and offer operators CAPEX (capital expenditures) subsidies. Nevertheless, co-working operators retain strong demand for prime offices, ensuring they will remain a key driver of office leasing activity. 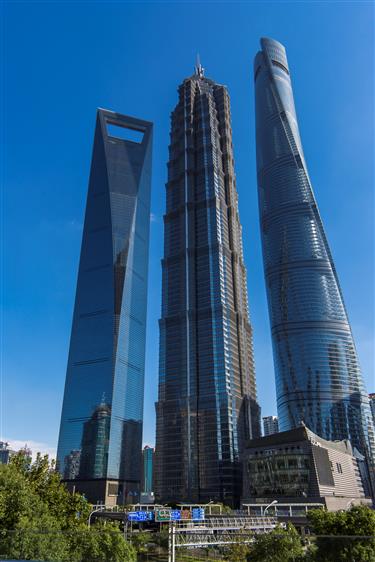 CBRE expects the reforms to support the growth of office leasing demand from overseas companies. The cancellation of foreign ownership caps in new-energy vehicle manufacturers has already seen Tesla announce plans to construct its first plant outside the US, while BMW intends to step up its investment in China.

The reforms are also set to stimulate new demand from domestic companies, with the Bank of Communications and Bank of China both recently obtaining approval to launch new wealth management units, and a further 24 banks reportedly planning to open similar functions. The expansion of wealth management businesses will drive new leasing demand in leading financial cities such as Beijing, Shanghai and Shenzhen.

Apart from a few trading companies scaling back their office footprint in Guangzhou and Ningbo, the effects of the US-China trade dispute were not discernable for the bulk of 2018. However, market sentiment began to deteriorate toward the end of the year, with net absorption data indicating that new office demand fell substantially in coastal cities, which are reliant on trade. However, demand in inner cities remained stable. CBRE expects the trade dispute to exert a stronger impact on office leasing demand in 2019 as affected corporate decisions gradually filter through to the market, with an estimated 10 percent of the existing occupied space directly affected.

New stock in core areas will account for around 55 percent of total supply, a significant increase from 2018. This year will see the completion of projects in prime submarkets including the Beijing CBD, Zhujiang New City in Guangzhou, and Futian in Shenzhen, and will provide ample opportunities for occupiers to expand in core areas. However, emerging areas, especially those with poor transportation and business infrastructure, may come under pressure.

Slower economic growth and ample new supply will ensure the average vacancy rate in the 17 cities exceed 20 percent in 2019. Vacancies will rise in 15 of these cities on a year-on-year basis, led by Tianjin, where vacancies are expected to approach 50 percent on the back of new supply in the Binhai New Area. Wuhan, Changsha and Qingdao will also see record high vacancy rates. Guangzhou and Nanjing will be the only two markets where vacancy will remain in the single digits.

Rental performance in the 17 cities will diverge in 2019. In Beijing, new supply in core areas will provide new options for tenants, boost vacancies and compress rents for older properties. Shanghai is expected to see intense competition for high profile tenants, which will exert downward pressure on rental growth in emerging areas.

In Shenzhen, strong upgrading demand from financial services companies will push up rents for space in prime areas, while rent in emerging locations may struggle under the impact of new supply. Although Guangzhou, which remains a landlord’s market with rental growing 10.7 percent last year from 2017, gains in 2019 will be weaker due to new supply and occupier movement to emerging areas. 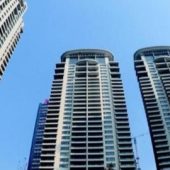 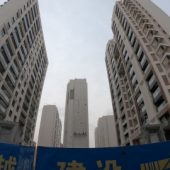