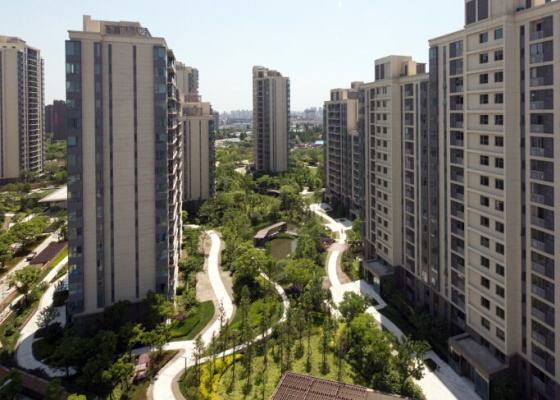 “It was the second highest weekly transaction registered so far this year, mainly boosted by abundant new supply released in the previous seven-day period,” said Lu Wenxi, senior manager of research at Centaline. “The most popular project managed to register weekly sales of more than 500 units and that was rarely seen in recent months.”

Across the city, outlying Jiading District led all with transaction volume totaling around 65,000 square meters, a week-over-week surge of 261 percent. It was most closely trailed by Songjiang, where sales of new houses more than tripled to around 40,000 square meters.

Chongming, Fengxian, Baoshan and Qingpu were the four other districts that recorded weekly sales of more than 10,000 square meters.

The average cost of a new home fell 3.6 percent from the previous week to 47,424 yuan (US$6,955) per square meter, a structural shift amid robust sales of medium to low-end properties, Centaline data showed.

On the supply side, around 126,000 square meters of new houses spanning four projects were released onto the local market, a week-over-week drop of 69 percent. As supply remains abundant, July will very likely outperform April to become the best month of this year in terms of new home sales, Shanghai Homelink Real Estate Agency Co predicted in a separate report.

As of Sunday, new home sales in July almost reached 3,700 units in Shanghai, compared with around 4,600 units sold in April.