The year witnessed the first China International Import Expo. The renovation of the venue, greenbelt projects around the expo area, lighting projects and removing overhead cables were all finished ahead of schedule, the commission said.

In 2018 the city completed construction of the fourth stage of Yangshan Deep-water Port, the underground tunnel of South Zhongshan No.1 Road, and the renovation of Hongqiao International Airport’s terminal one.

Also last year, the total length of Shanghai’s Metro network reached 705 kilometers and more than 100 kilometers of overhead cables were removed from the streets.

Housing and aged care were two key parts of the public service projects carried out last year. More than 170,000 households benefited from the renovation and modification of old residential warrens and now have more spacious flats or have moved into new houses.

Some 240,000 illegal constructions around the city were torn down, the commission said. Meanwhile, the city has added more than 7,100 beds for aged people in hospitals and nursing homes.

In 2018, Shanghai invested 2.65 billion yuan towards development of the Xinjiang Uygur Autonomous Region, covering 130 projects. All of the 64,000 welfare apartments for locals have been completed, as well as infrastructure construction in seven impoverished counties of the region. 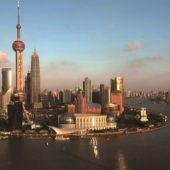 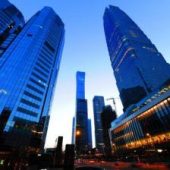