“The house is too expensive to afford!” People who live in Shanghai must have heard a lot of words like that. Despite the frequent restrictions on the price fixing, purchase, and loan of housing, people still stick to the dream of “buying houses.” However, don’t say that you can’t afford to buy a house. In fact, you can’t even afford viewing it!

Have you ever heard of this joke on the Internet? It says that “only 60 buyers all over the world have viewed the villas in Suhe Creek.” Whether it is exaggerated or not, one thing is certain: the threshold for viewing the model villa is rather high. You must provide a bank certificate of more than RMB 50 million (only liquidity, fixed assets such as houses are excluded).

Suhe Creek Villa is sold at a price of RMB 170-250 million per set (sold out at present), with the highest deal price reaching RMB 344,000/sqm, which maintains a record among new houses for sale in the mainland. RMB 50 million of deposit is just to prove that you can afford to buy this property.

What’s more, another property is sold at a total price of RMB 24 million/set. If you want to view the house you have to provide a bank certificate of RMB 20 million, which means their target home buyers are those who have the wealth to pay in full.

It is common and understandable that property developers of mansions require their potential buyers to provide a bank certificate, because they must guarantee complete privacy, necessary distance, and undisturbed environment for their proprietors. However, some may feel worse knowing the fact that they are not even qualified to have a look at these mansions, let alone buying one.

Here, we list ten housing estates that require a bank certificate for viewing houses. Which one can you afford?

Requires a bank certificate of at least RMB 2 million

ONE SINO PARK was known by people as the shoot site of a hit Chinese TV show “My First Half Life” last year. Located near the World Exposition Museum, 500 meters away from the Huangpu River, it provides 270-degree mind-blowing views of the Huangpu River. It can really be called your ideal mansion.

Apart from its superior location and view, it also boasts high quality apartments withluxury decor. The community also has a 1,200sqm infinity pool and a 3,500sqm waterfront public area, which is rare among housing estates of this kind.

ONE SINO PARK released 162-410sqm four-room apartments this April with an average unit price of RMB 115,000 /sqm. The threshold for viewing model apartments of such a superior housing estate must be extremely high? Not really. It only requires a bank deposit certificate of over RMB 2 million, which is actually very reasonable compared to the housing estates that set one third of its total price as viewing standard.

This housing estate is very hot this year, which can be seen from its great sales data. It has attracted 3,127 potential buyers taking part in drawing ballots when only 437 sets of apartment are offered. The total amount of money concerned (1 million Renchou charge and 2.85 million deposit certificate) exceeded 8.8 billion, a record high in the Shanghai real estate market.

It is located in the New Bund, 600 meters away from the Huangpu River, at a stone’s throw away from three bridges, four metro lines, and four tunnels, and is surrounded by three riverside parks. Its geographical location is genuinely superior. The expected price was above RMB 100,000/sqm, but it turned out that the actual opening price was only RMB 85,000 /sqm, much to the surprise of many buyers.

Requires a bank certificate of at least RMB 3 million

Jing’an Fu is a super huge estate project in the urban area covering an area of 700,000sqm. It also broke the year’s record with a price of RMB 15.8 billion when bidding for the land in 2015. As it went on sale in 2016, RMB 3 billion flowed in on the first day of release, which proved its popularity among home buyers.

The 176-216sqm houses on sale now charges for 15-19 million in total. The threshold for viewing is a bank certificate of more than RMB 3 million of deposit, which is not too much when compared with its total price.

Requires a bank certificate of at least RMB 4 million

This is a brand new high-end estate located at East Bund, 100 meters away from the Longchang Lu Station of Metro Line 12,500 meters away from Yangpu Park. Although the surrounding supporting facilities may be not complete yet, the traffic is really convenient. It has attracted much attention since it came out.

The project opened on August 9th and 128 units have been released. The main unit type is three-room, 128sqm. The average price is RMB 94,000/sqm, and the total price is about RMB 12 million per set. If you want to see the house, you need to provide a bank deposit certificate of over RMB 4 million (flowing capital), which is almost equal to the down payment.

Suhe Creek mentioned at the beginning of the article is located alongside the old river named Suhewan of highly cultural richness. It also provides views of both Suzhou River and Huangpu River.

There are not only several historic sites such as Shanghai General Chamber of Commerce and Thean Hou Temple within this estate, but also the first Bvlgari apartment building in China. And it has the tallest residence building in Puxi.

Villas have been sold out, but the 600sqm houses on the top floor are still on sale now, at a price of RMB 200,000/sqm, total price reaching RMB 120 million/set. However, the viewing threshold of these houses is rather low compared with that of villas. Provide a bank deposit certificate of over RMB 5 million (flowing capital) and you can have a look at the 120 million house!

The estate is located in the northern riverside area of Lujiazui, covering 2.5km of the Huangpu River. It borders the river to the north and is surrounded by a huge riverside park covering an area of 120,000sqm. It also boasts a sports and recreational zone, as well as a super long riverside runway, where you can enjoy a good walk after supper.

It offers 170-351sqm houses with a curved balcony that provides 270-degree views. The average price of it is RMB 128,000/sqm and the total price is almost RMB 20 million/set. You are required to provide a bank certificate of over RMB 5 million (flowing capital) to view it.

It is located in the city sub-center that is under construction. There will be three parks and a seven-kilometer long forest belt in the surrounding area. Within one kilometer of it there will be a business center covering an area of 1.6 million sqm, composed of large malls such as Tianhui Plaza, Xingguangyao Plaza and LOVE@Metropolis. Although it will be several years before all the construction is done, it will definitely be worth the wait.

Now it only offers 130sqm houses at an average price of RMB 110,000/sqm and the total price is RMB 14 million. You are required to provide a bank certificate of over RMB 6 million (flowing capital) to view it, almost half of the total price.

If you are feeling fed up with skyscrapers, you will fall in love with Thaihot Cathay Courtyard the minute you enter it! It combines traditional Chinese style with Shanghai’s unique alley elements, which brings you back to the past.

It has planned three types of houses including high-rise condo, penthouse, and townhouse.

The condos are on sale since this April at an average price of RMB 95,000/sqm. The minimum amount of bank certificate for viewing condos is 3.5 million, penthouse 5 million, and townhouse 8.5 million, about one third of the down payment.

It is located in South Bund, close to Huarun the Bund nine and the Bund House, covering an area of 600,000sqm. Lying next to it is the Dongjiadu Financial City that is under construction. It overlooks Lujiazui financial center to the north and Nanpu Bridge to the south, boasting a superior location.

The total construction area of the project is about 230,000sqm, including a 1400sqm central scenic area. The elegant Art Deco-style buildings are really stunning!

At present, 290-295sqm four-room apartments are on sale at an average price of RMB 119,000/sqm. The total price of each apartment ranges from RMB 34 to 35 million. Of course, the threshold for viewing is also very high. You are required to provide a bank deposit certificate of over RMB 5 million (flowing capital).

It is located in the riverside area of Xuhui District, less than 1,000 meters away from the Huangpu River, close to the Xuhui Riverside Green Space and the 2.5 km long Longteng Avenue. There will  be complete supporting facilities in terms of media, business, and public service in its surroundings, such as West Bund Cultural Corridor, West Bund Media Harbor, and CAAC East China Reginal Service Center etc.

New classical style of architecture is adopted in its construction. Now 260-460sqm top floor duplex apartments are on sale. The interior decor is in Barbara Barry style or Ralph Lauren style and each apartment has a large balcony overlooking the beautiful Huangpu River. If you want to see the house you need to provide a bank deposit certificate of over RMB 10 million (flowing capital).

The project is located on Jianguo Xi Lu Jiashan Lu of Xuhui District, which has a long history and profound cultural background. It is adjacent to the old garden houses built in the 1930s and the romantic sycamore-lined street of what used to be the French Concession. Stroll along Dingxiang Garden and Huashan Green Space, you will find peace of mind away from the hustle and bustle of urban life.

It will release 138-180sqm apartments later at an average price of RMB 180,000/sqm. The total price is at least RMB 24 million per set. Although its price is not the highest among these estates, it has set the highest threshold for viewing – requiring a bank certificate of at least RMB 20 million (flowing capital)!

After reading this article, perhaps instead of claiming that you can’t afford to buy a house, you may as well say that you are not even qualified to have a look at it! 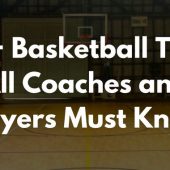