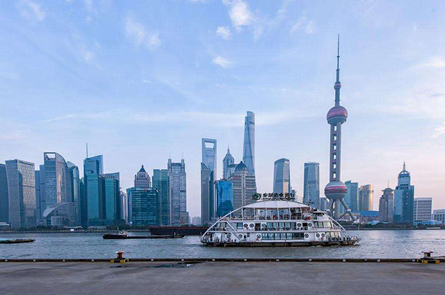 The city’s outlying Jiading District saw weekly sales surge 278.6 percent to 53,000 square meters, the highest seven-day volume recorded among its counterparts. Remote Qingpu District followed with about 19,000 square meters sold, which marked a week-over-week rise of 35.7 percent. No other district managed to register sales of over 10,000 square meters.

“The city’s new housing market regained some of its momentum along with continuously improving supply,” said Lu Wenxi, senior manager of research at Centaline. “Meanwhile, medium- to low-end projects were the most popular among home buyers and that led to the decline in average cost which still remained in its normal range.”

Around 71,000 square meters of new homes, or 608 units, were launched locally last week, a notable increase from some 45,000 square meters released during the previous week. Prior to that, the city was plagued by zero supply for three consecutive weeks.

New houses sold for an average price of 45,610 yuan (US$6,941) per square meter last week, a drop of 8.9 percent from the previous seven-day period, according to Centaline data. Six of the 10 best-selling projects cost no more than 50,000 yuan per square meter.

Lottery-like registration systems have been adopted in both projects to decide buyers’ purchasing orders, a new initiative implemented by the city government to protect the rights and interests of home buyers as well as to crack down on illegal sales in the real estate market.

Shanghai in July published a guideline outlining plans for a lottery-like registration system for buyers of new homes. Purchasing orders must be generated by lottery software provided by authorized notaries in the city, with results published immediately after the draw, according to the guidelines. 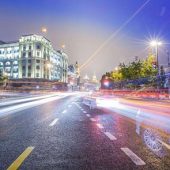