shanghai apartment for rent
Comments:0
If you’re in search of a new home in Shanghai this year, you might not be sure where to start. While some of you may have your hearts set on one particular area, others may be more open to discovering different places that Shanghai has to offer. Here we’ve picked out our top neighbourhoods to suit a range of different clients.
01
If you’re a Family

Jinqiao Green City: Jinqiao is arguably the most popular area in Shanghai for expat families. Abundant green space, wide streets, comparatively cleaner air than the rest of Shanghai and abundant expat-oriented services contribute to its popularity, as does the presence of premium international schools and a world-class golf course. It is noticeably devoid of anything resembling Chinese culture, which can be very attractive for expat families.

Villas are the most common form of housing in Jinqiao, though there are a few apartment complexes popular with expats. Villas in Jinqiao are located exclusively inside gated communities, all of which have 24-hour security and clubhouses providing various levels of facilities such as swimming pools, health clubs and restaurants.

Some of the most popular villa compounds in Jinqiao include Green Villa, Vizcaya, Green Hills and Tomson Riviera Garden.

Former French Concession:  With its tree-lined streets and shikumen style old houses, the Former French Concession is Shanghai’s most romantic & popular area among expat couples. Located in Xuhui district, the area is a wonderful place to go wandering and make serendipitous discoveries of stately architecture, groovy boutiques and galleries, or cozy cafes. One of the few areas in the city where much of Shanghai’s past beauty remains. Some of the major roads include Huaihai Road, a popular shopping area, with all big foreign chains. Julu road, Fumin Road, Fuxing West Road, Yongfu Road, and Hengshan road are where many of the city’s restaurants, bars, and clubs are located.

03
If you work in downtown Shanghai

Jing’an – West Nanjing Road:  if you are working in one of Shanghai’s downtown district, you should consider living somewhere nearby, in which case Jing’an will be one of your primary options. It is centrally located with easy access to the Bund, People’s Square and the French Concession and has an abundance of living options, including numerous luxury high-rise developments and colonial apartments.

Jing’an is the central shopping district for the city. Options for dining and nightlife also abound and while Jing’an has some of the best venues in the city, post rush hour you can be on the Bund, in Xintiandi or in the heart of the French Concession in less than 15 minutes by taxi.

Some of the most popular compounds in Jingan include Jing’an Four Seasons, 8 Park Avenue, The One Executive Suites Shanghai, Top of City, Grand Summit, and Shanghai Centre Serviced Apartments.

04
If you’re a single executive

Xintiandi:  Xintiandi (literally ‘new heaven on earth’) is the perfect area if you are a single executive in Shanghai. Filled with bars, restaurants, clubs, shopping malls, and other entertainment venues, it is definitely Shanghai’s epicentre of luxury & leisure. High-end residences have also sprung up in the area, and the locale has become one of downtown Shanghai’s most expensive places to live.

The area most people consider to be Xintiandi is bounded by Huaihai Lu to the north, Fuxing Lu to the south, Huangpi Lu to the west and Xizang Lu to the east. Taicang Lu and Zizhong Lu in particular are lovely streets offering French Concession-style living.

In Xintiandi You won’t lack for places to shop, eat or drink, and a lovely lake with a park to the east adds a great deal to the appeal of the area.

Some of the most popular compounds in Xintiandi include Casa Lakeville, Lakeville Regency, Lakeville at Xintaindi, and Lanson Place Jinlin Tiandi Service Apartments.

People’s Square:  If you choose to live around here, you will experience full-on urban living. There are plenty of high-end apartment buildings (such as serviced apartments in the Marriott Hotel) offering great views and facilities, as well as smaller, more local medium-priced places. Even though there are some expensive place to live, it is also full of affordable accomodations, so there are good deals to be had with some searching. You might find somewhere quieter in the smaller streets to the north, but space will be limited and amenities like electricity may not be as reliable as the buildings are older.

As a location, you could not find one more centrally situated. Transport is convenient, and in one direction you’re a 30-minute walk from the Bund, in the other you’re heading deeper into Nanjing Lu and Puxi and can cut south for the French Concession. There are some interesting lanes to the north; as you go south you’ll hit Huaihai Lu and then Xintiandi about a kilometre away.

Some of the most popular compounds in People’s Square include Suhe Creek, Time Square Apartments, CRES & ASIA on the Bund, Green Court Serviced Apartments, and River House.

If you are going to search apartments in shanghai , pls contact 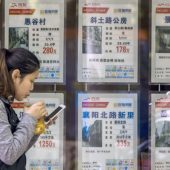