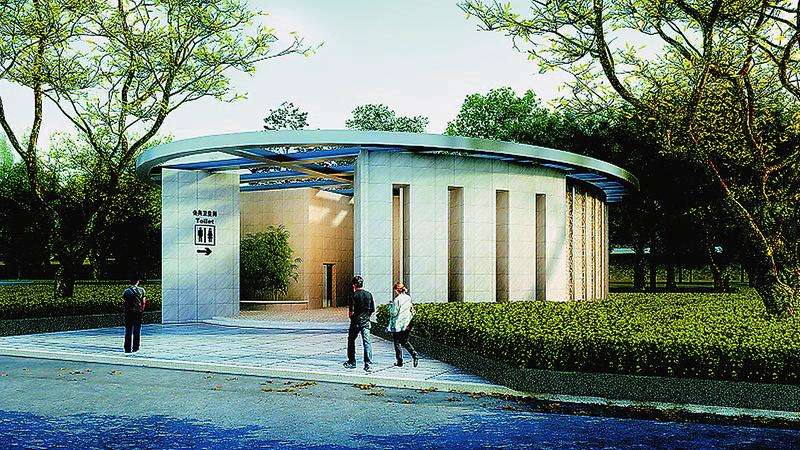 Chinese President Xi Jinping has ordered the country to continue its efforts to clean up dirty and foul-smelling public toilets in a bid to improve the quality of life for Chinese people and to boost the tourist industry.

A so-called “toilet revolution” was launched in 2015 as part of efforts to make restrooms — often squat toilets with no paper — more tourist-friendly.

While studies have indicated that squatting may have health benefits over sitting, the position is still hard to accept for those accustomed to porcelain thrones.

China’s toilet problem “is not a small thing,” Xi said, and the construction of clean facilities is an important part in advancing urban and rural civilization.

More efforts should be made in cities and in rural areas to upgrade toilets, Xi said.

By the end of this year, China expects to have added or upgraded more than 70,000 toilets.

By the end of October, it had installed or upgraded 68,000 toilets at tourist destinations, 19.3 percent more than its target.

Another 64,000 will be built or improved between 2018 and 2020, the National Tourism Administration said in its action plan.

Along with its toilet revolution, China should construct better public facilities and services to boost tourism, Xi said. Officials are being urged to make consistent efforts and to take tailored measures in a bid to tackle long-standing issues and correct bad habits in tourism.

Local authorities are becoming more aware of the important role toilets play, believing that better facilities are not only beneficial for tourism, but can also improve the working and living environment for residents.

During his visits to rural areas, Xi asked about the condition of the toilets local people used, and stressed many times that clean toilets for rural residents are important for the building of a “new countryside.”

Toilets, especially in the countryside and in areas favored by tourists, previously had a bad reputation. Some facilities in rural areas were little more than makeshift shelters surrounded by bunches of cornstalks, and some were open pits next to pigsties.

At popular tourist sites, visitors would express their anger not only at a lack of toilets, but where facilities were provided, at their unhygienic condition.

The toilet revolution has been expanding gradually from tourist sites to cover the whole country.

“Support the toilet revolution,” one wrote. “Seriously, whether it’s in a city or the countryside, when nature calls, it’s always a hassle to find a decent bathroom.”